Yankees Recall Clint Frazier; How Does he Impact Yankees Season? 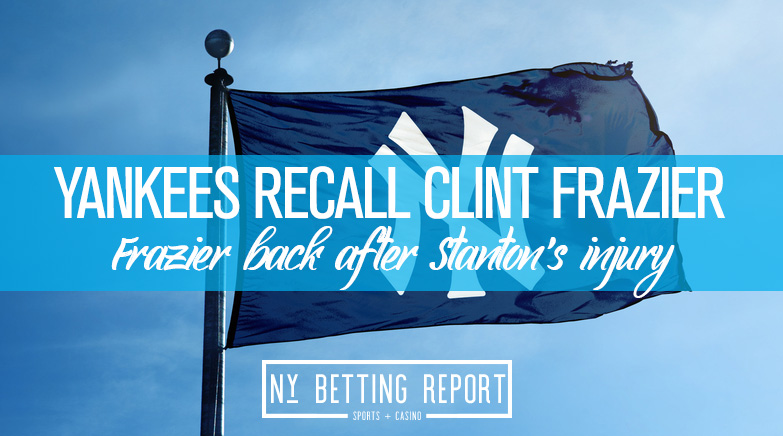 On Monday, the New York Yankees recall outfielder Clint Frazier after Giancarlo Stanton was sidelined with a hamstring injury. Frazier was on an optional assignment at the teams alternating training facility.

Although Frazier is ready for the big leagues, it has been hard to get him playing time with an outfield core of Stanton, Aaron Judge, Aaron Judge, and Brett Gardner. Now with the Stanton injury, Frazier will get another shot in the Bronx.

With the timing of the move, Frazier will not be able to acquire enough time to accrue a full year of MLB service. However, there is a chance that he can stay up long enough to qualify for arbitration as a Super Two this offseason.

This season, Stanton has a WAR of 0.4 through 14 games. When healthy, Stanton is one of the best hitters in baseball. Frazier is good, but Stanton puts fear in pitchers when he steps to the plate.

However, this could be redemption for Frazier to show the league teams should take him seriously. He has been good for the Yankees in the role he has played, but he will want to take another step to prove he’s better than bargained for.

This could also give the Yankees a chance to showcase Frazier to get a potential trade for the 26-year-old outfielder. While still having a few more years on the right side of 30, this could help the Yankees receive another young prospect for the future.

As of writing this, the Yankees are +350 to win the World Series, according to DraftKings. Although Stanton could miss close to a month, the Yankees are still the favorite to bring home the trophy this offseason. The Dodgers are a close second at +375, and the Twins are third at +850.

If Stanton is healthy to return to the Yankees before the playoffs, then the team will be fine. Also, Frazier is a solid role player to fill Stanton’s position, although he does not have the same impact Stanton has.

New York is also 10-6 this season with a 1.5 game lead over the Tampa Bay Rays. The loss of Stanton could hurt them in the playoff race, trying to win the AL East, but overall there is no reason for this team to fall off without him completely.

In 2019, the Yankees won over 100 games, with Stanton only playing in 18 of them. The Yankees will be fine in the long-term of the season but will need Frazier to step up over the next month. If he does so, then the Yankees will remain in first, and Frazier could play his way to a new team in 2021.